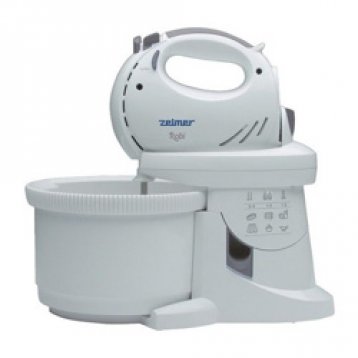 Food processors can really help in the kitchen, and with their help, many dishes can be prepared without any problems. Multi-functional robots are the best choice, also called multifunctional. Which robot is best to choose?

It is worth buying such robots for it, that they can be used in many ways. The more functions, the better! The expense in comparison with the quality obtained is really small, although you have to spend several hundred zlotys once, and sometimes even several thousand. The robot in one device allows you to close several smaller devices, so it pays off for the sake of it, that without it you would have to buy all these devices separately.

A traditional multifunctional robot does several things. First of all, it can be completely disassembled, and the number of available elements for it is limited, they also have a simpler design. Such a robot can be easily hidden in a cabinet, because each part can be shot in moments. Perfect for small kitchens, especially if one of the compact models is chosen. Such models work well, if you use the robot infrequently and most of the time it is in a cupboard. Typically, such robots have one entry per starter. Other models have two inputs. Traditional multi-function mixers don't cost a lot, their prices are lower. They are quite easy to use, but they don't have many extra features, what many people are looking for.

Planetary robots have been a hit in recent years, and their name comes from this, how their mixing tips work. They rotate not only around the circumference of the bowl, but at the same time they rotate around their axis, which gives better results. Mixing ingredients is faster, more precise and no lumps are felt. Usually these are bowl mixers, however, they have more options to match the final one to them. The price is also higher, it can reach even several thousand. They are recommended to people, who very often use such devices and are ready to spend a lot of money on a food processor. Thanks to the numerous accessories, such a planetary robot can, for example, become a juicer, grinder, peeler or shredder.

Devices are a separate group of planetary robots, which also allow you to cook. Their costs are even higher, but they are also very comfortable. They are perfect for stews, for sauces or for cooking meat. Such robots have the ability to set the temperature range, usually from 20 to 140 degrees. They are of great help to people, who do not have much time to spend in the kitchen and appreciate the equipment, that make their lives easier.