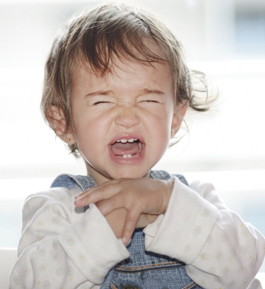 Divorce is a painful breakthrough in your life. The worst thing at this point is to split up in anger and hatred. We hope, that our tips will allow you to minimize your emotional and emotional losses.

It's hard for us to accept a fact, that the marriage had broken up. When the specter of divorce appears on the horizon, many people try to save a declining relationship at any cost. As a rule, people then pretend to be family and partner love. Experience shows, however, that when partners once "program" to part, deeply repressed mutual hatred and aversion matures in them. The crash is sooner or later inevitable. Price, what one would have to pay for the loss of one's personality, it's too big.

When a marriage goes into crisis, bilateral discussions should be kept to a minimum. They won't do much good. The partners are loaded with aggression and negative feelings. Instead of verbal arguments, there are force arguments. Many a plate lands on the wall then. In this situation, a specialist should be allowed to talk about the future, who is able to suggest something wise. Someone neutral will try to prevent the discussion from degenerating into a sea of ​​mutual objections.

In marriage, it should be a firm rule to avoid arguments in front of children at all costs. But when people decide to divorce, there is a need to explain the whole situation to the offspring. It's hard for a child to understand, why suddenly my parents split up, but cheating at this point is much worse. After all, lies have short legs and sooner or later the question will have to be answered, why dad doesn't come back from a business trip. Avoiding or lying to your children is actually lying to yourself. It is also not allowed to turn children into objects of dispute or tender. Divorce is an adult affair, and the children are not guilty of anything. Forcing them to take the side of one of their parents is a pity, which is done to them for life.

Of course I love you, but let me, that our relationship would be healed by a momentary breakup. Perhaps, it will bind us again – we hear such sentences often. But be careful! Who strongly insists on such solutions, he is going to ruthlessly use his partner's hope for an understanding. An ultimatum is then signed, which is to be a gateway to later returns in fear, so as not to completely freeze the relationship. This way, however, in no case, the departing side will never be recovered in the future. "I have signed(break), because she (on) she made me specific promises " – then translations are made. The facts, however, cannot be erased. So you have to use the advice of experts, attorneys.

Who it belongs to, who will take what and what? It is essential to find an answer to these questions, before one of the parties moves out. In many cases, however, the opposite occurs. Then it turns out, that she has disappeared, for example. jewelry inherited from my great-grandmother. Who will move out, not taking it away, what really belongs to him, makes a big mistake and has little chance of getting those goods back. Which will disappear during this time, it's practically gone forever. So before finally saying goodbye, you should take it easy to make an inventory, starting with personal details, and ending with the aforementioned jewelry, and then sign the document.

How often is heard, that one party had secretly sold the car for pennies from the other, explaining himself, that the car was in an accident and lost virtually any value. To avoid such surprises, you should create something like a divorce book, which lists not only personal rights, the dowry brought by both of them to the marriage, but also movable and immovable property. It must not be forgotten, to assign it to everyone, with which he entered into marriage. So a question must be asked, what belongs to me, to you, to us? Larger purchases made after the wedding, even documented with bills issued to one of the partners, they are part of the community property. All of this may seem difficult, but you have to try. It is best to discuss the division of property as calmly as possible, to avoid fighting for little things later. This way, you can also save on a costly lawsuit for the division of property.

Bleeding salt, flowers are often a divorce wound, about which we find out in the bank. Coming for cash, we hear, that the other side, which we would never like to see again, has emptied your joint savings book. It is very difficult to recover the money lost in this way and to distribute it, if not possible at all.
It is therefore necessary to set up two separate books or bank accounts at the time of separation.

When the divorce is already decided, there will always be multitudes of kind people in haste with good advice. However, they are not able to replace expert advice. Many people found out too late – thinking, that this is only a temporary crisis – that their other halves have already sought the help of a lawyer and have an advantage over you. There is no need to delay visiting a lawyer, because it can prevent arguments, it will allow us to work out common arrangements for the future. It will also reduce costs, because when the case goes to court, many problems will already be solved by you earlier.

There is no point in trying to figure it out, how to avoid paying less alimony. Contrary, you have to do that, to have something to pay for them. It is required by the responsibility for the future of your children. Any dodges such as changing jobs to a less paid one, entailing inability to meet obligations, arouse suspicion, they are just primitive. Do not let, so that the children can remind you with anger and regret in the future.