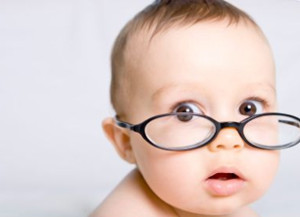 “I am a happy mother of two children – 5-year-old Monika and 2.5-year-old Krzys. I do not work, so the kids have me practically to themselves 24 hours a day. We spend a lot of time playing together, reading books, telling fairy tales. That's why it amazes me, that Krzyś has not started talking to this sweat yet. I confess, that even bothers me a bit, especially that I read in one of the guides, that a 2-year-old child should build three-word sentences. Krzyś, on the other hand, only pronounces a dozen simple words and that's it. Should I go see a specialist with him?”

I think, that you are a little worried. Individual differences in the development of children are something completely natural and even clear deviations from the so-called. standards do not necessarily cause alarm. Lots of healthy, normal babies start walking or talking late, gets wet at night for a long time or can't write well. Moreover, keep in mind, that these standards, which we read about in textbooks for parents, it is nothing else, as only the arithmetic mean. So if we learn from some book, that the average child is good at age 18 months, it only means that, that 50 proc. children do it sooner, a drugie 50 – later. This is the meaning of the mean. When it comes to learning to speak, all the more, one should not jump to too hasty conclusions, because especially in this area the differences can be quite big. Some children can build short sentences as early as age 18 months, other, especially boys, often they say very little before the three years are up.

Your little boy, as you write, he understands well, what is said to him. So if the development of other activities is age appropriate, then, for at least a year, you should not worry about delayed speech. Only if Krzyś did not start speaking after this period, a psychologist should be consulted.