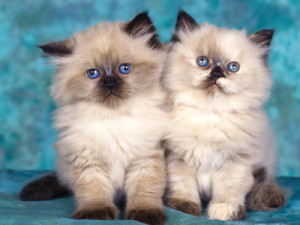 When a cat suddenly starts behaving differently than usual, its owner is mostly helpless. Mostly thoughts: “Or maybe I'm doing something wrong…?”

Here are answers to seven questions, which are most often asked by concerned cat owners, and advice, what to do, when our pet behaves in an unusual way, t The cat is scratching the furniture, it destroys upholstery and wallpaper. The animal is just bored. This is how he tries to get attention, satisfies the desire to play and a natural tendency to scratch. Play with your cat for at least half an hour during the day. Put him on a scratch block.

• Kot wymiotuje. By cleaning your fur, cat swallows hair. They lie in the stomach and the animal tries to vomit them. To make it easier for him, special grass should be sown in a pot, whose food helps your cat regulate her digestion.

• Nie chce jeść. Most likely he doesn't like the food, who gets. He would rather starve himself then than eat it. Make sure your cat's menu is varied. Try dry food or canned food. Remember If you are giving your cat dry food, take care of it too, for the animal to drink plenty of fluids. Lack of appetite can also mean, that cramped hair got stuck in his stomach. Then proceed as described in the previous question.

• Mocno się do ciebie przytula, To prośba, so as not to leave him alone. Try to distract him by playing. If that doesn't help, possible, that the kitten is sick. You should consult a veterinarian.

• It smells bad. When the cat is approx 6 months it begins to spew an unpleasant-smelling discharge, means, that he has reached puberty. Or you will accept the necessity of frequent cleaning up after a cat, or you decide to castrate your pet.

• I don't want to use my toilet. In such a situation:

1) Sprawdź, is the toilet in a quiet place, warm and keeping the animal safe.