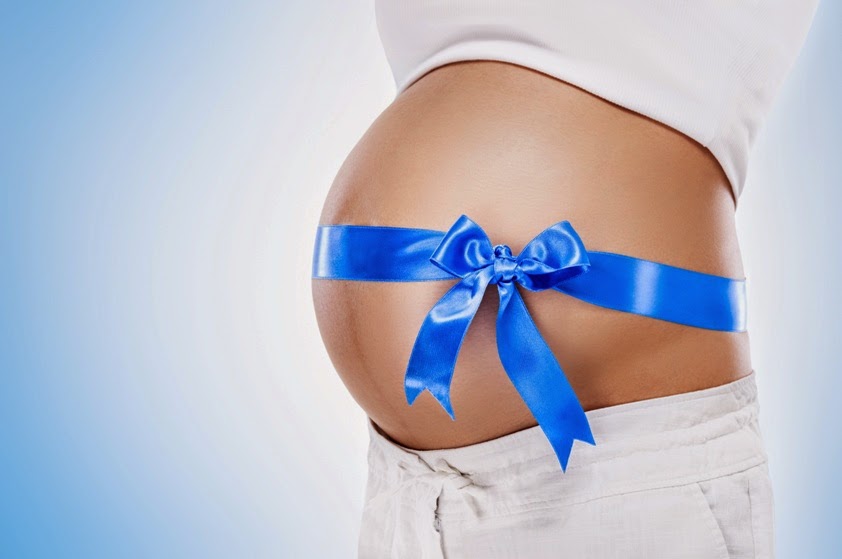 PREGNANCY – One of the first signs of pregnancy is absence of menstrual bleeding. Other early symptoms include: soreness or swelling of the breasts, frequent urination, and sometimes nausea and vomiting. Pregnancy tests, available at most pharmacies, they test the urine for the presence of a hormone, which is secreted only by the body of a pregnant woman, however, home tests are not always accurate, especially in the first days of pregnancy, if the woman suspects, that she is pregnant, see your doctor as soon as possible for a more thorough check-up.

On average, babies are born after 266 days, or 38 weeks after fertilization. Even if the moment of conception cannot be determined exactly, it is possible to estimate the probable date of the child's birth with sufficient accuracy, especially if you have regular bleeding: to the first day of the last menstrual bleeding should be added 40 weeks, or 280 days. Doctors often divide a pregnancy into three trimesters, lasting after 13 weeks. The first trimester is probably the most important for a child's development: the microscopic embryo then develops into a fetus, having approx 7,50 cm, in which all the most important organs have already been formed. The baby is in the amniotic fluid and is connected to the mother's circulatory system through the umbilical cord. During the second and third trimesters of pregnancy, the baby's organs and limbs continue to develop. Although the weight and length of the body at birth can be very different, the average term baby is approx 50 cm long and weighs approx 3500 g.

Children born in between 20. a 35. week of pregnancy is considered immature; some of them do not survive the birth and are stillborn. In general, the chance of the child's survival is even greater, the longer it remains in the womb.