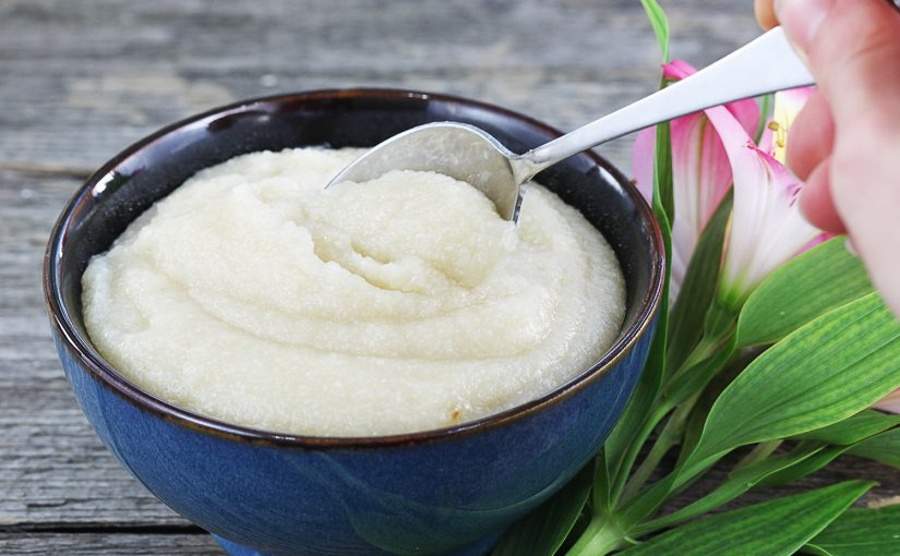 Gluten in a child's diet. How to introduce gluten - semolina

Currently, you can find ready-made porridges with gluten on the market, as well as ready-made meals in jars containing gluten.

So I bought the most ordinary semolina, price 2.50 PLN for 400g. I consume 2-3g for one serving (0,5 teaspoons). The packaging is enough for approx 130 days (4 months).So introducing gluten into your diet, all in all, it will cost us zloty

If it's supposed to be cheap, it will have to be done! And how.
The first attempt to prepare a small portion of groats for my son, made a lot of mess in the kitchen. Pot, lactator, scattered porridge, burnt porridge, strainer, teaspoons, steaming each vessel! Madness!! But I don't give up and it was better today. A system needs to be developed.

you can also give groats with milk, from a bottle ... but with us usually after drinking milk, the groats remained on the sides of the bottle. By serving groats with gluten with a spoon, I was sure, that gluten was in the right amount of gluten in my baby's tummy.

Preparation time 5 minutes!
-cooking porridge: 3min
-meal preparation: 2min (mixing the porridge with my milk and heating it up)
Washing dishes: individually. from 2 minutes to 20 minutes