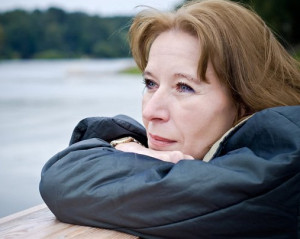 “I have 44 years and I am called. spinster. It was my conscious choice. I always felt good about it, but… Friends still allow themselves to make malicious remarks about me. For example, I recently found out from "the kind” girlfriends, that my old manhood is already being commented on as some kind of sexual deviation. This is how I got these stupid jokes, that more and more often I wonder whether, for the sake of peace, I should finally get married. Please tell me honestly, whether my old age may be somehow biologically conditioned? Or maybe – bo i o tym ju: I think – it is perversion ?”

First of all, I would like to inform you, that marrying for "peace of mind" is pure nonsense. You get married for yourself and for your partner, not because, that the environment would like it so.

Fact, that this environment suspects you of some deviation from the sexual norm, i advise you to just ignore it, because it is an idiotic accusation. I assure you: it cannot be rationally argued in any way.

Some say, that there is some serious drama at the bottom of every old age. Even if it isn't, old manhood always has its causes. Sometimes they are in the person, and sometimes in its surroundings.

Sometimes starvation is due to a low level of sex drive, sometimes because of very exorbitant requirements, what is put to a potential partner. Sometimes it is like that, that the condition is the result of an ingrained fear, caused by bad experiences in the past. Then the person behaves like a prickly cactus. Each, who is approaching him, it encounters protective spikes and is immediately repelled. Sometimes the reasons for staying in a celibate state also lie in the physical and mental characteristics of a person. For example, someone may not be alluring, unattractive, not very attractive, just not externally interesting enough. Or his way of being is like this, that intimidates or discourages potential
partners.

Regardless of the reasons for this state of affairs, one thing is for sure in my opinion. If someone voluntarily chooses to be alone, it is solely his business. As long as we do not harm anyone with our conduct – no one has the right to interfere in our intimate life, comment on it, look for sensational threads in it.